On June 6, 2018, the Institute for Social Policy of the Higher School of Economics held a meeting of its regular seminar “Migration studies” 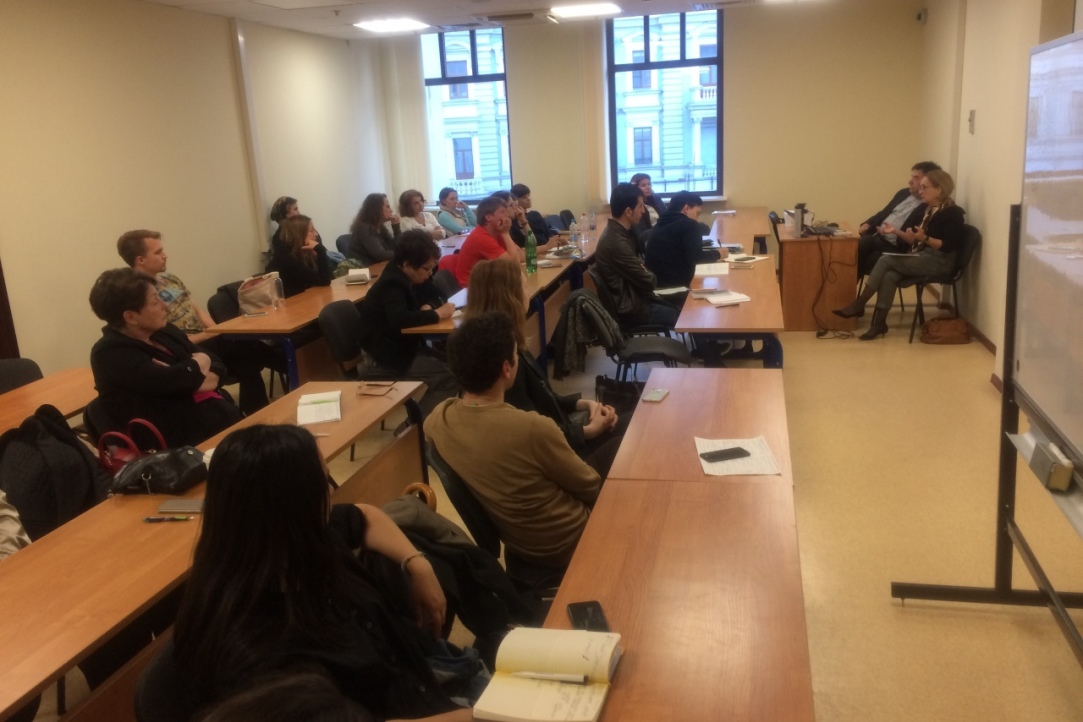 This book was written on the basis of the survey carried out in Perm, Ufa and Rostov-on-Don in 2016-2017. Assuming that an urban society is a diverse and complex society, the authors analyzed the group’s strategies of mutual accommodation affected not only by people’s values and attitudes but also by exogenous factors such as migration, civic culture persistence, national-state building and geopolitical situation, and every-day life pragmatics. Particular attention was payed to unformal institutions understood as integrity of the norms, rules and practices which organized people behavior and were specific for each city.

The different aspects of the urban diversity management problem were touched upon in the presentation. E. Pain focused on the correlation between citizenship and urbanity, nation buildings and civic urban culture. He concluded that the challenge of growing diversity demonstrated the urgency to review the actual Russian National Policy, which had to be updated and complimented by the cultural diversity management politics. O. Vendina referred to the key findings of the research relating to co-existence of ethnic and social groups in the cities.

The “Migration studies” Seminar (Higher School of Economics) is designed as a platform for presentations of their academic research by scholars engaged in migration studies, as well as for discussion between experts. The seminar is focused on an interdisciplinary approach and brings together specialists from various fields: economists, sociologists, geographers, historians, and anthropologists dealing with relevant issues. The seminar is open for all those interested in migration studies, as well as the academic community.